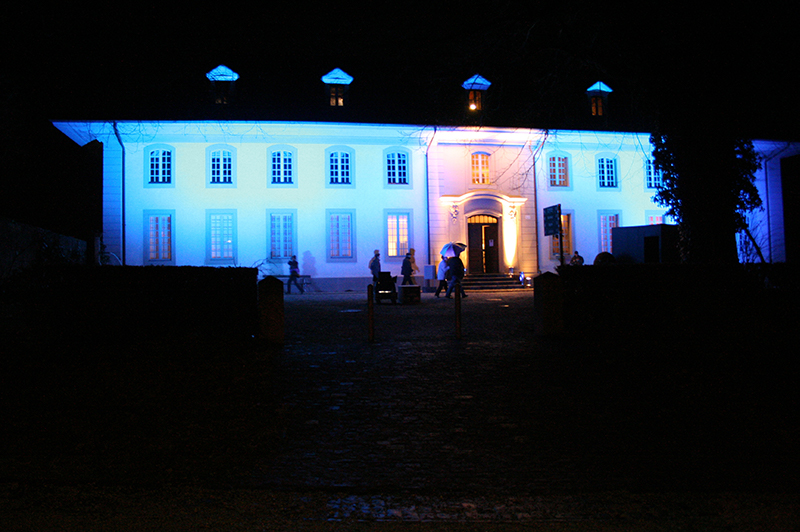 The museum concept dates back to 1914. The reason for this was the 1914 national exhibition in Bern, in which the Bernese cantonal insane asylum Waldau also participated. At the same time, interest in the visualisation of mentally ill patients was awakening in several places in Europe, so it is not surprising that the psychiatrist Walter Morgenthaler (1882-1965) came across the idea of a museum, especially as he had been accompanying Adolf Wölfli (1864-1930) as his protégé for several years.

With the help of the nursing staff and other committed doctors, Morgenthaler set up a museum in two rooms above the former lecture hall of the new building (today's Old Clinic). In one of the rooms, models of earlier treatment methods, objects that had become historical such as lid baths, straitjackets, harnesses, escape objects and institution documents were kept, in the other the drawings, writings and compositions ofAdoIfWölfli as well as the works of many other patients. Morgenthaler paid special attention to collecting pictures and texts, which he used as research material for his habilitation thesis "Übergänge zwischen Zeichnen und Schreiben bei Geisteskranken (1918)". But even after the appearance of this publication and the famous book Adolf Wölfli. Ein Geisteskranker als Künstler (1921), he continued his collecting activities for the museum until around 1930, as his card catalogue attests. After Morgenthaler, the museum fell into a slumber, even though the clinic management always provided care.

In 1987, the clinic director, Prof. Dr. Wolfgang Böker, initiated the archiving work on the collection that had long been necessary. In 1990, while the large-scale renovation of the Pfründerhaus was underway, he founded the Psychiatry Museum Bern Foundation, which owns the museum that opened in 1993. In this way, the entire collection, which is now expertly cared for and also supplemented, was transferred from the Old Clinic to the museum archives of the Pfründerhaus.

How to get there

The museum can be reached by public transport

We use cookies to improve the use of our page for you. By continuing to use this page, you agree to this. More information in our Data protection statement.